Censorship does not work 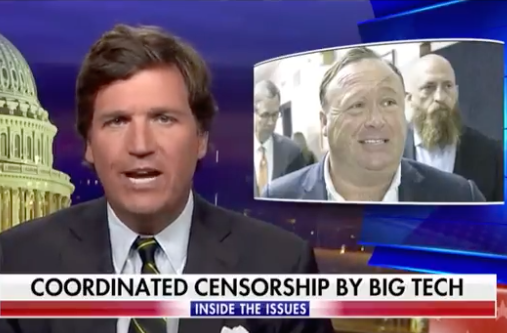 Censorship Is What Happens When Powerful People Get Scared

“Only the weak hit the fly with a hammer.”

Anyone who tells you the recent escalation of censorship by U.S. tech giants is merely a reflection of private companies making independent decisions is either lying or dangerously ignorant.

In the case of Facebook, the road from pseudo-platform to willing and enthusiastic tool of establishment power players is fairly straightforward. It really got going earlier this year when issues surrounding egregious privacy violations in the case of Cambridge Analytica (stuff that had been going on for years) could finally be linked to the Trump campaign.  It was at this point that powerful and nefarious forces spotted an opportunity to leverage the company’s gigantic influence in distributing news and opinion for their own ends. Rather than hold executives to account and break up the company, the choice was made to commandeer and weaponize the platform. This is where we stand today.

“I may disapprove of what you say, but I will defend to the death your right to say it”
-Evelyn Beatrice Hall